As the popularity of e-cigarettes across the country has spiked, so has the number of cases of a dangerous, deadly, and mysterious respiratory illness. 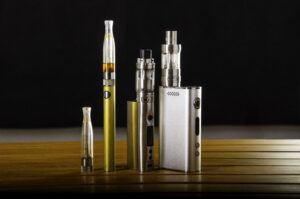 Vaping, the increasingly popular practice of inhaling vapor from a device by heating a liquid that can contain nicotine, marijuana, or other drugs, has been used in the United States for over a decade and has been considered safer than traditional cigarettes because it doesn’t burn tobacco. However, recent reports of deaths and serious illness and injury have made health and government officials begin to look more closely at the safety of this new trend.

Hundreds of people across the United States have been diagnosed with a mysterious respiratory illness that has one common link: vaping. According to the Centers for Disease Control and Prevention (CDC), there have been over 200 confirmed cases of the disease in 25 states between June 2019 and August 2019, alone. Each patient reported using e-cigarette and vaping products. In New York had alone, doctors have reported 34 cases of severe pulmonary illness.

So far, two people have died and many more have become severely ill - some requiring oxygen support through ventilators, others put into medically induced comas, and some experiencing seizures. The majority of the patients are in their late teens to mid-twenties, and none of them have any underlying health issues that may have contributed to the symptoms. There are several symptoms that the patients have in common:

What is Causing Health Scares?

One of the biggest concerns is that Vitamin E might be a contributing factor to the health problems. Vitamin E is found naturally in some foods and its oil, known as vitamin E acetate, is a common nutritional supplement used in topical skin treatments. While vitamin E acetate is not known to cause harm when ingested as a vitamin supplement or applied to the skin, experts warn that its molecular structure can be dangerous when inhaled. Vitamin E acetate must be very hot to vaporize; and once it does, it decomposes, subjecting users to inhale all kinds of unknown substances. When the vapor cools down in the lungs, it returns to its original state and coats the lungs with whatever other chemicals were used in the vape.

Big Vape Companies Did Nothing to Warn Users of the Risks

Aside from the concerns over Vitamin E acetate, vaping products have been found to contain extremely harmful chemicals in the liquid, and use dangerous materials in the devices:

E-cigarette Companies Are Not Doing Enough

There is currently very little, if any, regulation on e-cigarettes, and the FDA and CDC are only now getting involved because of the serious health concerns. This lack of regulation has created the perfect storm: money hungry e-cigarette companies that are pumping out deadly, unregulated, pretty products to users while the demand is at a high, and unsuspecting users enjoying a fad, unaware of the deadly consequences it may have.

On December 18, 2018, the U.S. Surgeon General declared e-cigarettes as an epidemic and described a "historic, unprecedented increase" in use. The Department of Health and Human Services noted that because vaping products contain a variety of chemicals and metal particles with an unknown long-term health impact, it declared a “youth vaping public health emergency.”  The federal government banned the sale of vaping products to minors.

But while government and health officials are swift to address the concerns around vapes, ecigarette advocates and e-cigarette companies, like Juul, have done the bare minimum to protect users from the harmful chemicals and possible adverse health effects caused by using vapes.

The American Vaping Association (AVA), which promotes e-cigarettes, blasted Michigan’s announcement of banning all flavored e-cigarette cartridges. The AVA vowed to support any lawsuits challenging the rules limiting e-cigarettes. AVA president Greg Conley argued, “This shameless attempt at backdoor prohibition will close down several hundred Michigan small businesses and could send tens of thousands of ex-smokers back to deadly combustible cigarettes. These businesses and their customers will not go down without a fight.”

While a Juul spokesman conceded that flavored cartridges enticed teens to use vapes and it supports the decision to stop selling them, Juul believes that its menthol products, including its mint flavor, encourage adult smokers to switch from cigarettes to e-cigarettes and e-cigarettes should be available for purchase where tobacco and menthol-based cigarettes are sold.

Juul’s response is weak at best, and shows how little the company is concerned about the health of its users. E-cigarette users have the right to know what they are ingesting and e-cigarettes must become honest about the products they are pushing before it’s too late.

If you or someone you know has experienced any vaping-related symptoms, or uses a vape, contact the personal injury attorneys at Meth Law Office, PC for immediate assistance. (845) 469-9529.

Choose a location to review

See all Reviews
Review Us

Please fill out the form below and our attorney will contact you.

Thank you. Your submission has been sent.

Attorney Advertising. This website is designed for general information only. The information presented at this site should not be construed to be formal legal advice nor the formation of a lawyer/client relationship. [ Site Map ]

See our profiles at Lawyers.com and Martindale.com